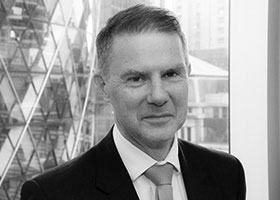 Andrew Hornsblow joined Dale Underwriting Partners in March 2016. Andrew is a highly experienced underwriter in the London/Lloyd’s market. He started his career in 1982 as a Broker before moving to underwriting in 1989 to write US casualty business. In 1999 he helped establish Syndicate 1204, which subsequently became part of the Chaucer group. He later developed the Lead Hospital Professional Liability account for Barbican. His last position was Class Underwriter for the global Healthcare portfolio at Marketform.

He is an Associate of the Chartered Insurance Institute.

Andrew is married with two children and is a keen triathlete and cycle obsessive.