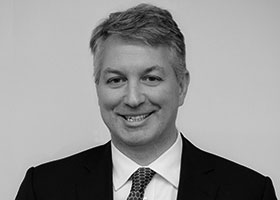 Duncan Dale is a highly experienced underwriter in the London/Lloyd’s market. He started his career in 1982 and entered Lloyd’s in 1989. Following a long career at the Amlin Syndicate, where his last position was the Managing Director of Amlin London, he left in order to establish Dale Underwriting Partners which commenced underwriting for the 2014 year of account.

Duncan is married with three children (none of which are children any more) and is keen on motor racing, cars in general and Northampton rugby.